The CIA telegram we publish today is from May 22, 1950 and is entitled: A sabotage was reported to the House of Magistrates in Bucharest.

The text is short, concise and … probably false:

„During the night of May 30-31, there was an explosion in the basement of the Magistrates’ House, at the intersection of Gheorghe Magheru Boulevard with Jules Michelet Street. Stere from the Presidium of the Republic (probably referring to GCStere, secretary of the Presidium nn) and the Prosecutor General (at that time the position was held by Alexandru Voitovici, former judge in the trials of Ion Antonescu and Iuliu Maniu nn) have offices in this building. Both officials were missing at the time of the explosion. Currently, both are housed in the Palace of Justice, which is under strict guard.

2. An investigation was immediately initiated by the Militia. „

The first problem we tried to solve was to find out details about that attack. Consumed, according to the source, in March 1950, it is prior to the series of sabotages organized by the group Nina Dombrovschi – Gavrilă Beceanu, so it does not seem to be related to their name. I did not even find anyone who documented, heard or read about an attack that threatened Stere and Voitovici, even if they were certainly not among the most popular dignitaries of the time.

Most likely the telegram refers to a domestic incident – an explosion at a boiler or the gas network – which the Militia initially treated as sabotage. 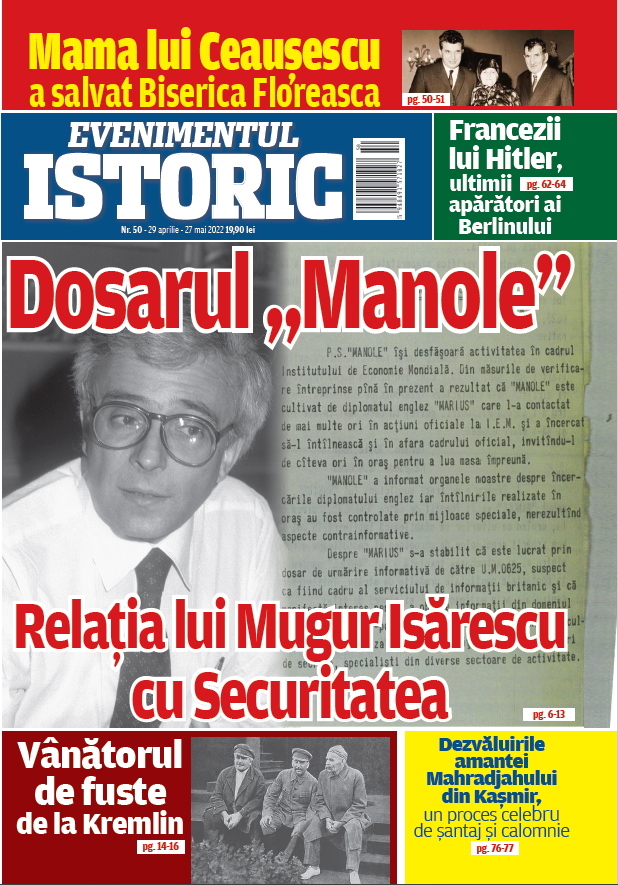